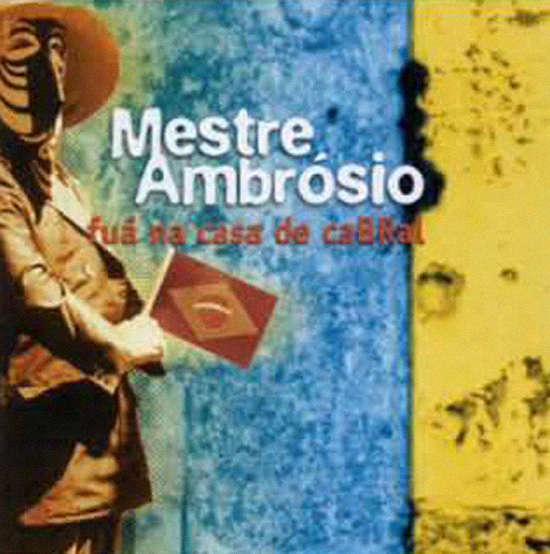 
"The Mestre Ambrósio is a character of “cavalo-marinho”, a typical folk play from Brazil’s northeastern region of Pernambuco. He is a symbol of diversity and the mask that hides numerous personalities, heroes and traditional characters of Brazil’s multiethnic lore. Mestre Ambrósio’s show introduces rhythms and songs fusing traditional percussion, fiddle, and accordion with modern vibes.

After the appearance of groups like Chico Science &Nação Zumbi and Mundo Livre SA on the Brazilian scene, creating the “mangue beat” movement, Mestre Ambrósio also emerged to update the music from the Northeast. They are safe keepers of their home state’s (Pernambuco) musical traditions, writing their own compositions and making free adaptations of Brazilian folklore. Their influences go from rock to Oriental music, resulting in a “Forró Pé de Calçada”, urban music with a rural feeling.

Mestre Ambrósio masters a breathtaking show mixing the finest musical performance with irresistible rhythms and outstanding dance steps. At the beginning of 1996, the group released an independent album, which sold 20,000 copies. In 1997, Mestre Ambrósio toured all over the country, playing in important Festivals and theaters. In June, they performed at the Summer Stage Festival in New York’s Central Park. After the US tour, the band went to Europe, where it played in Germany, Portugal, Spain and Belgium.

The group's first album, Mestre Ambrósio, recorded in 1994, was produced by today’s stars Lenine and Suzano. Sony Music Brazil signed the band at the beginning of 1998. Its debut album for Sony, "Fuá na Casa de Cabral" (Plot in Cabral’s house) includes an original mix of the typical rhythms from the Northeast such as the "embolada", the "maracatu" and the "coco", played with instruments also from the region. It was produced by the late Mitar Subotic (a.k.a. Suba), a well-known "techno" producer, who experimented new sounds with the band, mixing acoustic instruments, with electronic resources."